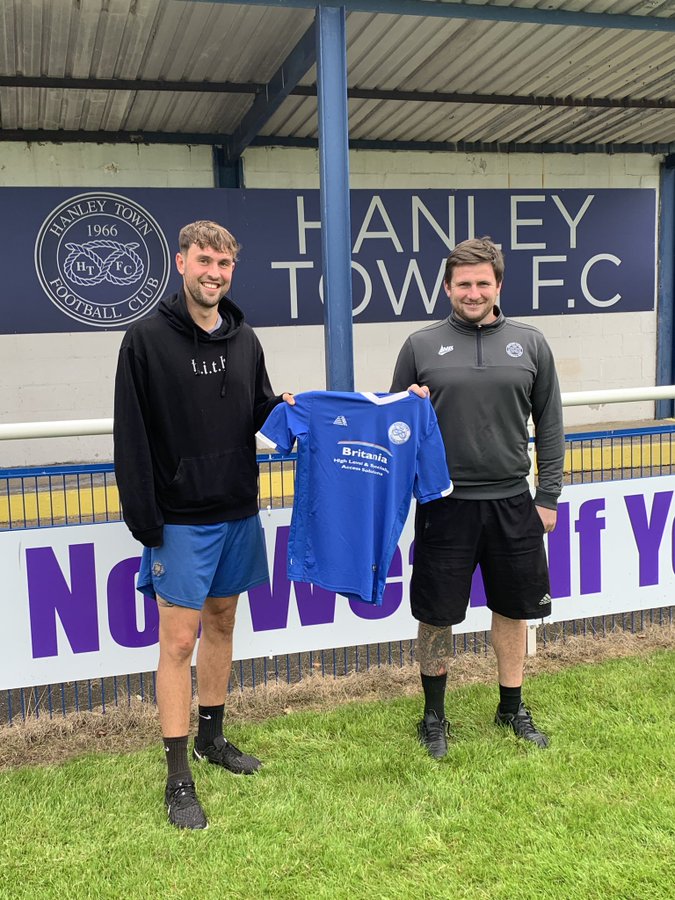 Hanley Town are pleased to announce the signing of centre-half Warren Holmes, ages 25. He joins the new vision of the club after recovering from a torn anterior cruciate ligament.

Previously of Alsager Town, Holmes is a commanding centre-half and will provide a lot of stability to the back line.

After joining the club this is what Warren had to say:

“After talking to the chairman and the management team it was clear the club has big ambitions for the next few years and you can see around the ground they’re already been working on things off the pitch.”

“The group of lads that are already here are a good bunch of players, hopefully I can settle in quickly and be an asset to the team on and off the pitch – and the key thing for me is to stay fit and the club are willing to help me.”

Manager Mick Morton seemed pleased with the new addition to his side:
“Very happy to get Warren at the club, he’s been a player we’ve been after for a few seasons now. Unfortunately last time he was at a club he was struck with injury, but Warren will bring great experience to the squad.’